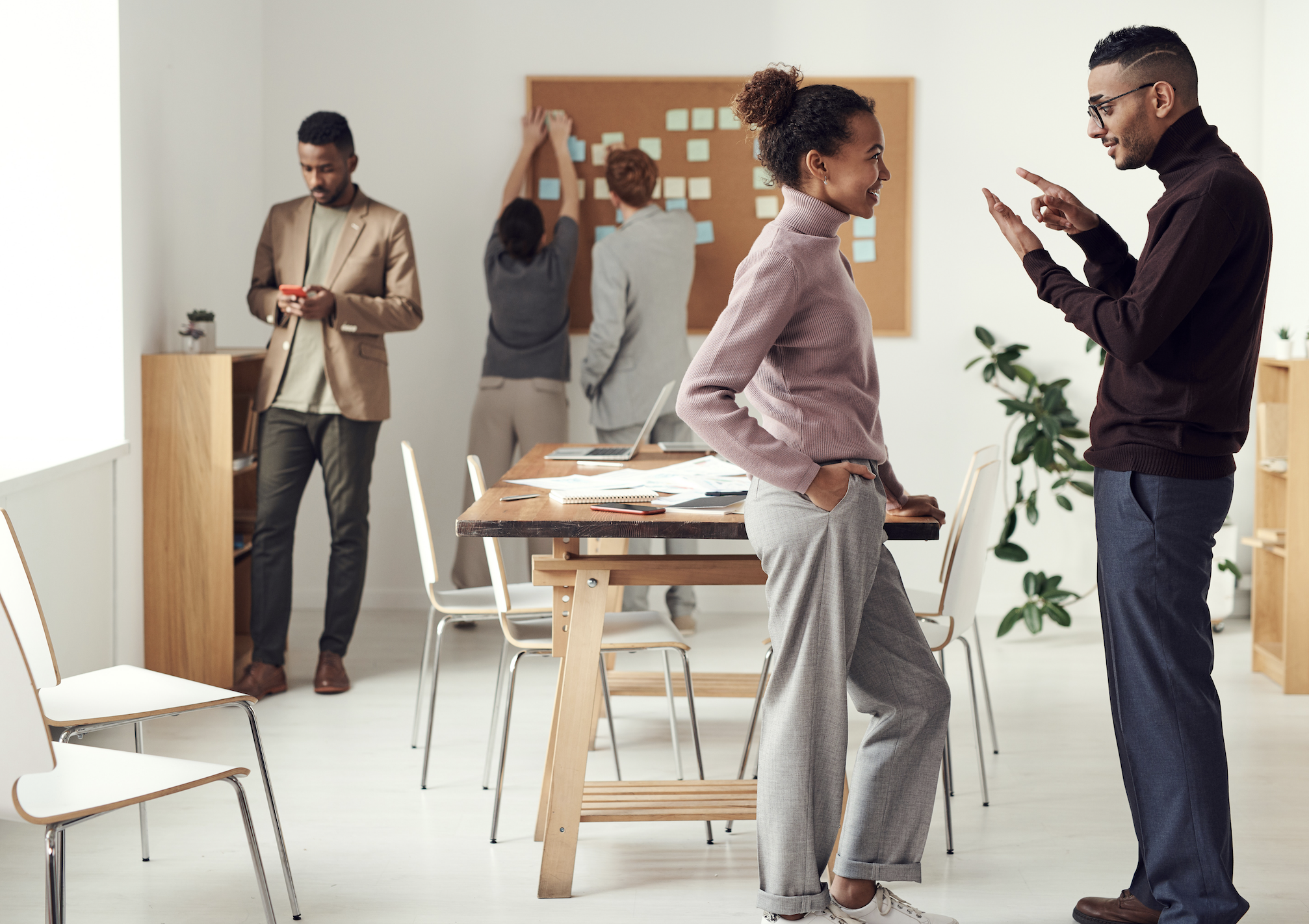 During our Bratislava Training Event, Professor Martin Pickering presented the content of his and Professor Simon Garrod’s recent book “Understanding dialogue: Language use and social interaction”. It covers a thorough analysis of the cognitive model at the basis of many of our ESR projects, in which speakers’ alignment is seen as the key element that allows humans to communicate successfully without really putting too much effort into it.

Have you ever wondered what shaking hands, dancing the tango, co-piloting an aeroplane and moving a couch have in common?

Martin Pickering, Professor of Psychology of Language and Communication at the University of Edinburgh, defines these acts as cooperative joint activities. Cooperative joint activities share a specific set of features; they require people involved to be aware that they are part of the activity, share a common goal, and agree on what can be considered a successful outcome of the activity.

Imagine two people moving a couch from their living room to their bedroom. To do this, they should be aware that they are moving a couch (the action), they should follow a certain path and coordinate their movements; they need to know where the bedroom is and that they want to move the couch there (their goal), and they need to keep in mind that the successful outcome of the activity is to have an undamaged couch in the bedroom.

If we think about language from a social perspective, we can see how it not only satisfies all the criteria mentioned above,  but it also is the most common, widespread and easy cooperative joint activity that we experience in our everyday life.

During his series of lectures, Prof. Pickering encouraged us to look at dialogues as systems rather than mere aggregations of production and comprehension acts of two (or more) speakers interacting. This perspective allows us to analyse – at the same time, but with different angles – the dialogue system as a whole and the speakers as its components, where the system is dependent on its components, but it is not reducible to them. Moreover, dialogues don’t happen in a vacuum: they are in continuous interaction with their environment and dynamically adapt to it.

Two people interacting aim to understand each other, to successfully communicate and to share information. To reach such goals during a conversation, speakers need to not only produce and comprehend words and sounds but also to predict each interlocutor’s behaviour (including their own). In addition to this, they usually need to be well synchronised, knowing the right time to speak.

Speakers find all of it easy because they automatically align with each other, i.e. they come to have similar mental representations of linguistic and non-linguistic elements relevant to the dialogue. When speakers have similar representations, they tend to converge on word choices, pronunciation and the use of syntax, often without thinking about it. Being aligned on mental representations makes it easier for people to understand each other and to communicate successfully. Once two speakers activate the same representation for a given concept in their brain, they will find it easier to have a similar understanding of such concepts  – and therefore a similar way of using that concept in the dialogue. This naturally helps the understanding of the general issue under discussion involving that concept. Speakers are like actors that manipulate their representations of linguistic and social information to communicate.

Generally speaking, we need to see the world in the same way as the people we speak with to fully understand them, even if we disagree with them and are debating their perspective.

I personally recommend the book to every person keen to go through a deep analysis of dialogic communication, being extremely detailed, but, at the same time, approachable to non-experts and therefore intrinsically inclusive. The smart use of immediate examples and visual representation of the authors’ model of dialogue only supports the stylistic clarity.

Featured image by fauxels from Pexels.