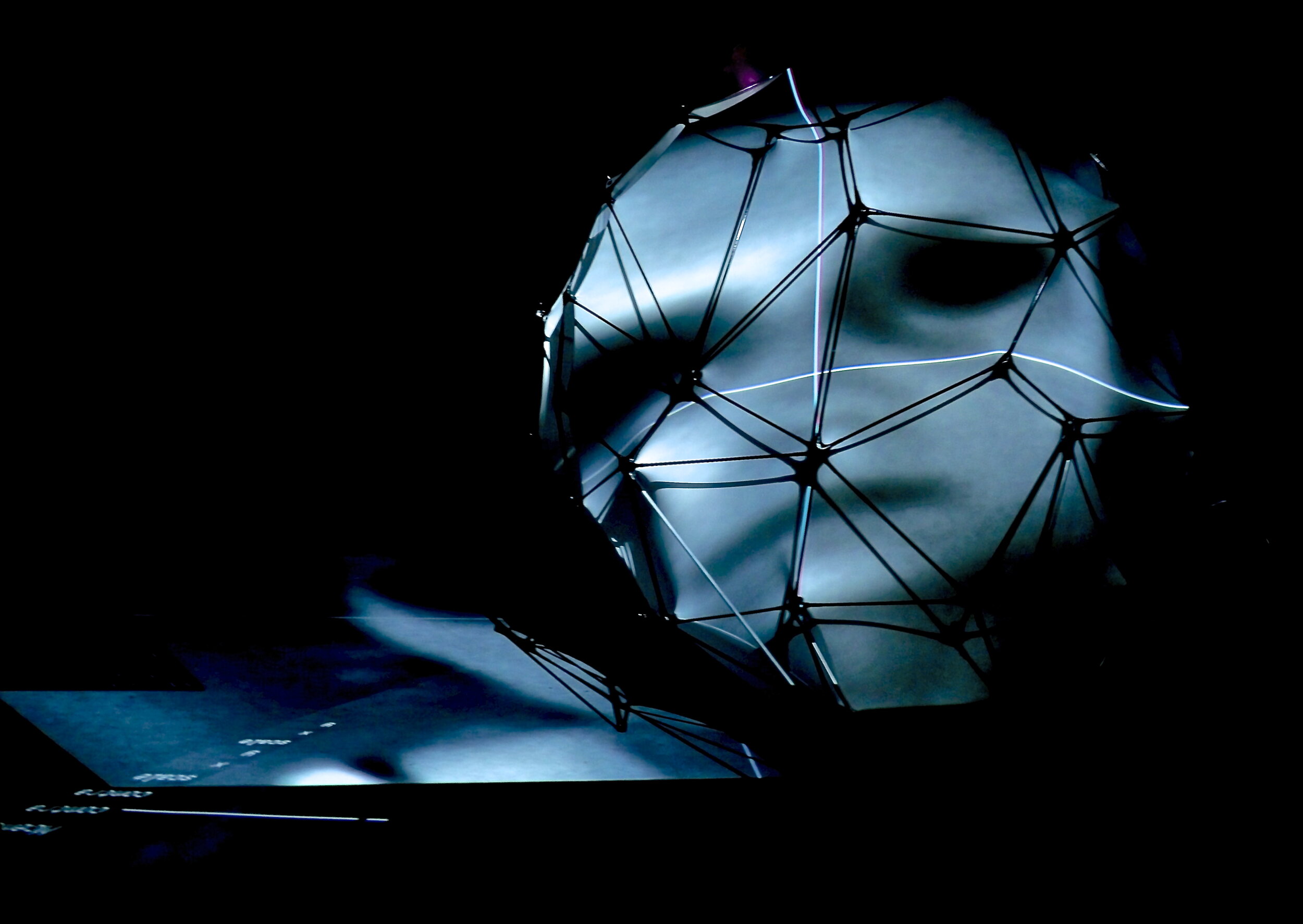 Imagine looking at someone, a friend, a loved one or a stranger, and seeing the glow that grows as a function of how strongly your brains’ activity synchronizes. This is what nearly 5000 people experienced thanks to one talented research group and an artist.

Finding original ways to solve scientific questions can result in elegant and unpredictable collaborations between spheres that are traditionally far apart from each other. One such collaboration, a project called the Mutual Wave Machine, was organized by a research group led by Suzanne Dikker and Georgios Michalareas[1] and the Marina Abramovic Institute.

From the artistic side of the story, the project is an engaging interactive installation explaining the complexity of human interactions, connectedness and empathy.

For the scientists who developed and conducted these installations, it gave them the opportunity to test the idea of moving cognitive experiments out of the often-constricting laboratory settings[2,3].

With cognitive neuroscience confidently moving towards multibrain perspectives[4-6] and expressing more and more interest in how our brains function when we interact, the Mutual Wave Machine served as a perfect opportunity to conduct a large-scale EEG study that sheds more light onto our understanding of what our brains do when we communicate with each other.

The project spanned 5 years and data were collected at 14 different sites during art festivals and exhibitions. During each session, people were invited to participate in an EEG recording in pairs. They were seated in front of each other, and for 10 minutes their brains’ electrical activity was recorded with an EEG device. Our brains emit all kinds of signals at all times. It can be quite tricky to tease apart those signals and understand which of them correspond to which activity. To decipher these complexities, scientists use various analysis methods, and in the Mutual Wave Machine project, the main focus was on how synchronous our brain waves become when we engage in face-to-face interaction.

What was also important was that participants not only were looking at each other, but also saw the ‘result’ of their interaction projected as more (in case of stronger synchrony) or less (in case of weaker synchrony) light. The EEG data was analyzed immediately as it was being collected (that is, online), so it could be displayed to the participants as neurofeedback, but because it is not really possible to properly analyze EEG recordings online, the main findings were revealed later, after some nontrivial offline analyses.

One of the main questions was to see whether this real-time neurofeedback increased neural synchrony. And it turned out that, indeed, when participants saw that their ‘lights’ grew stronger it correlated with increases in their brains’ synchrony. And what is even more intriguing was that this was the case when the neurofeedback was ‘faked’ – in half the trials, the projected light didn’t actually correspond to the ongoing brain synchrony.

The correlation between neural synchrony and neurofeedback was not the only focus of the project, however. Using several questionnaires, the researchers measured:

It seems that some of these findings proved to correlate with what your intuition might tell you. People tended to sync more when they felt closer and/or had known each other for a longer period of time. Likewise, the more empathetic and focused you are, the stronger the connection. And a nice after-effect was that people generally were in a better mood after the session and felt more connected with their EEG partner. Finally, different pairs tried different strategies to increase their synchrony: some tried thinking about the same thing, but this didn’t really affect anything. Those, however, who attempted doing something together (joint action), like holding hands, for example, or establishing eye contact succeeded in increasing their synchronization.

The Mutual Wave Machine is a beautiful example of how science can find new artistic ways of searching for answers, and it shows that with some original approaches we can overcome issues deemed problematic before, like a large-scale EEG experiment with people interacting in real-time outside a lab.

For more information, go to Mai and Suzanne Dikker.